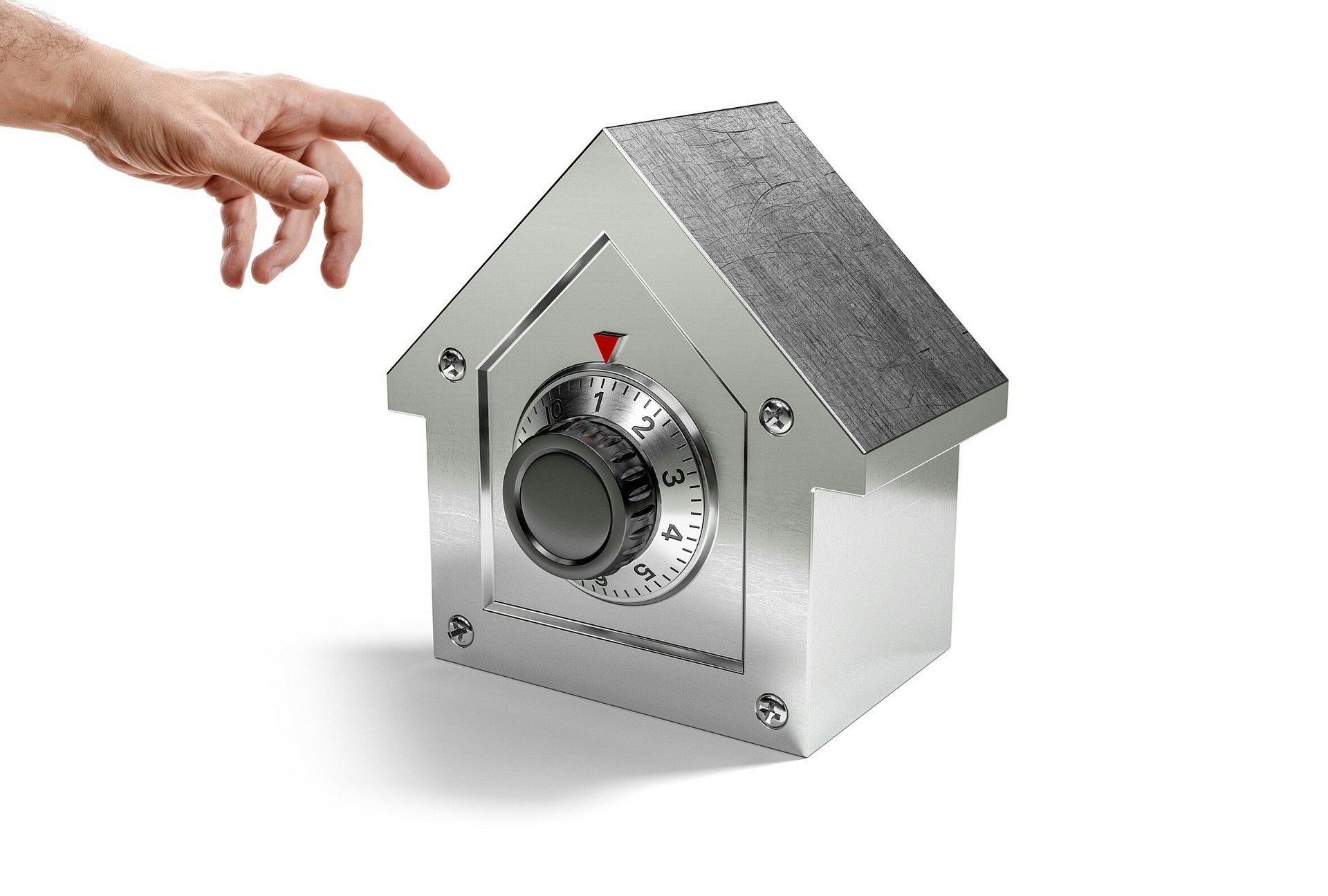 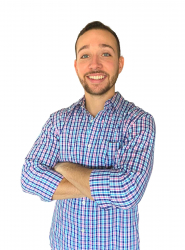 Hit me up!
Cody Berman
Cody is a passive income expert who reached financial independence by age 25. Start your own journey by grabbing a copy of his free ebook, The Passive Income Guide.

Hit me up!
Latest posts by Cody Berman (see all)

Lately, I have been closely studying a lot of the hyper-successful people within and around my niche – personal finance, but more specifically, entrepreneurs who retired early. What makes these individuals so successful? Well, after reflecting on this question over the past several weeks, I think I’ve finally figured it out. The magic formula for rapid financial independence is the combination of frugality and entrepreneurship.

To illustrate just how powerful the combination of frugality and entrepreneurship is, I want to highlight three real-life case studies. These are people who have achieved outsized success due to their frugal roots and entrepreneurial spirits.

Founder of Millennial Money and Author of Financial Freedom, Grant Sabatier achieved rapid financial independence at age 30 through masterful entrepreneurship coupled with frugality. At age 24, Grant had $2.26 in his bank account, but by age 30, he had amassed a net worth of $1.25 Million.

How did he do it?

Grant eventually scaled his income up to over $500,000, compared to the $50,000 salary at his digital marketing at the start of his financial independence journey. However, unlike many other successful entrepreneurs, instead of escalating his lifestyle, he chose to ‘live in an apartment so crappy that his girlfriend wouldn’t even visit’, drive an old car, and save as much money as possible.

Creator of the infamous Making Sense of Cents, Michelle quit her corporate job at age 24 to pursue entrepreneurship full time. She was able to achieve financial independence in less than five years and now travels the world with her husband. The blog now earns over $1.5 million annually.

How did she do it?

I recently spoke to Michelle at FinCon and featured her on my podcast as well. We joked and laughed about how the dress she was wearing came from a thrift shop and that her cardigan was from high school. These distinctions might seem ridiculous and un-noteworthy, but it’s this frugal foundation that allowed Michelle to achieve financial independence in such a short window.

More popularly known as Mr. Money Mustache, Pete Adeney retired from his software engineering job at the age of 30. Since then, he has amassed a readership of several million on his contrarian personal finance blog and enjoys ~$1 million in annual revenue.

How did he do it?

Pete originally achieved financial independence by achieving a high savings rate at his nine-to-five job. He is an adamant bike rider and advocates for sustainability. Uncoincidentally, this efficient, no-waste mindset drove Pete to handle his finances in the same manner. Since his corporate retirement at age 30, his income has mainly come from entrepreneurship (e.g. his blog).

The one key distinction between your typical ‘big time’ entrepreneur and the people in our case study is frugality. Most entrepreneurs who find monetary success immediately increase their expenses to match their income… Yes! There are people who make hundreds of thousands (or even millions) of dollars who still live paycheck to paycheck!

A dive into the numbers shows just how effective this entrepreneurship + frugality combination really is. Let’s lay out our assumptions and then Excel it up! Contrary to popular belief, just because you might make a lot of money, doesn’t mean that you are financially savvy and know how to control your money. Let’s see how annual spending affects an entrepreneur’s journey to financial independence.

Wow! Look at how much ‘annual spending’ affects years to ‘financial independence’! When you frame money in the context of time freedom, that’s typically when the message truly hits home.

If the million-earning entrepreneur can keep his or her expenses at $40,000 per year, he or she will hit financial independence in just 1.6 years! Compare this to the entrepreneur spending $320,000 annually. This individual will need to work for 23.2 years to achieve his or her ‘FI Number’. Maybe they really love the business they’ve created, but wouldn’t it be nice to at least have the option to step away? I think so.

What really struck me from this analysis is how powerful having a low base annual expense is. Even if these entrepreneurs take a 50% hit to their revenue, they are still able to hit financial independence in 3.2 years if they maintain a $40,000/year expense level.

The combination of frugality and entrepreneurship is surely a force to be reckoned with.

Sure, you might be able to earn an extremely high income in your nine-to-five job, but your pay is typically capped due to the corporate hierarchy. With entrepreneurship, your pay is tied directly to your effectiveness, grit, hustle, and motivation. The sky is the limit!

I’ve talked extensively about entrepreneurship in previous posts. I can’t stress just how powerful this lever is! Whether it’s building an online business, manufacturing a physical product, or taking an existing venture to the next level, entrepreneurship can drastically accelerate your potential income.

I know you’re probably rolling your eyes at the $1 million income used in our analysis, but these entrepreneurs did not come from wealth. Each of the success stories highlighted above was achieved through hustle, grit, strategy, execution, and a bit of luck.

Take a second and think about the most successful, wealthiest people you know. Got a few in mind? I bet most of them are entrepreneurs. Like I mentioned before, when the corporate hierarchy isn’t in the way, the potential for outsized income becomes much more attainable.

Unfortunately, many of these hyper-successful entrepreneurs fall into financial trouble because lifestyle creep sneaks in. The exponential increases in income “demand” a new house, car, eating habits, and a whole mess of other financial burdens.

If only they could fully internalize the chart pictured above and realize the power of frugality!

I know what you’re all thinking.

“Why the hell would I be frugal if I’m earning $1 million per year?!”

Let me propose a challenge to you inspired by my friends Jimmy and Jenny from Living Life Loving Us. Write down 10 things that truly make you happy. Done?

Now how many of those things cost a lot of money? If you are like most people, items on your list included things like spending time with family and friends, enjoying a peaceful day, eating a great meal, playing your favorite sport, or a whole host of other activities. The common theme here is that often times, the things that bring you happiness don’t have to be expensive!

It’s not that the million-dollar earner is depriving himself or herself. It’s that he or she has realized that time is our most valuable asset – not money! I would actually argue that the individuals from our case study would attest that they are living a happier, more fulfilled life than the entrepreneur trapped by lifestyle inflation.

How Can You Benefit?

Once you understand that money is just a tool to buy freedom, instead of the end goal, your whole worldview shifts. Fortunately, the three entrepreneurs from our case study figured this out early, which allowed them to achieve rapid financial independence.

If your income starts to drastically increase, are you prepared to control your money, or will you let the forces of lifestyle inflation control you?

Note: I am not a financial advisor or fiduciary. All the information presented in this article reflects my opinion. I am not liable for any financial losses incurred related to this content. My content is always written with the readers’ best interests in mind. I believe that my content is helpful and well-researched, but it is not professional financial advice. For more information, read our Privacy Policy.

4 thoughts on “3 Entrepreneurs Who Retired Early and How”

Learn all about my top 3 passive income strategies and how to get started in this free 20-page ebook.

Your information is 100% secure and will never be shared.

Just click the button below to download The Passive Income Guide. You’ll receive a copy via email as well. Can’t wait for you to dive in!